Ad blocker detected: Our website is made possible by displaying online advertisements to our visitors. Please consider supporting us by disabling your ad blocker on our website.

Return to the advanced search

https://goaztecs.com/news/2019/12/5/general-mrs-dianne-l-bashor-makes-15-million-commitment-to-sdsu-mission-valleys-aztec-stadium.aspx Why cant Sac ever secure this type of funding/donation? They have. They just got it for a science building instead of a sports facility. After San Joaquin Delta Col...

Re: New Head Boss at UNC

As I mentioned over at CS, this off-the-wall pick has the added (likely) benefit of getting butts in the seats, given that McCaffrey was VERY popular with Broncos fans. UNC better watch out, though: if McCaffrey has a Taylor-esque first season, he could be making an early exit for Boulder...or even ...

You mean a State version of what the Manure Pile USED to be?

Love your kind of optimism.

Washington might be vulnerable to the "scalp," too, but not as vulnerable as, say, Wazzu and Oregon State....

How did we ever pull off THIS coup? (Other than the fact that on SUN they're playing at #1 Stanford....)

Thomson is now a finalist.... 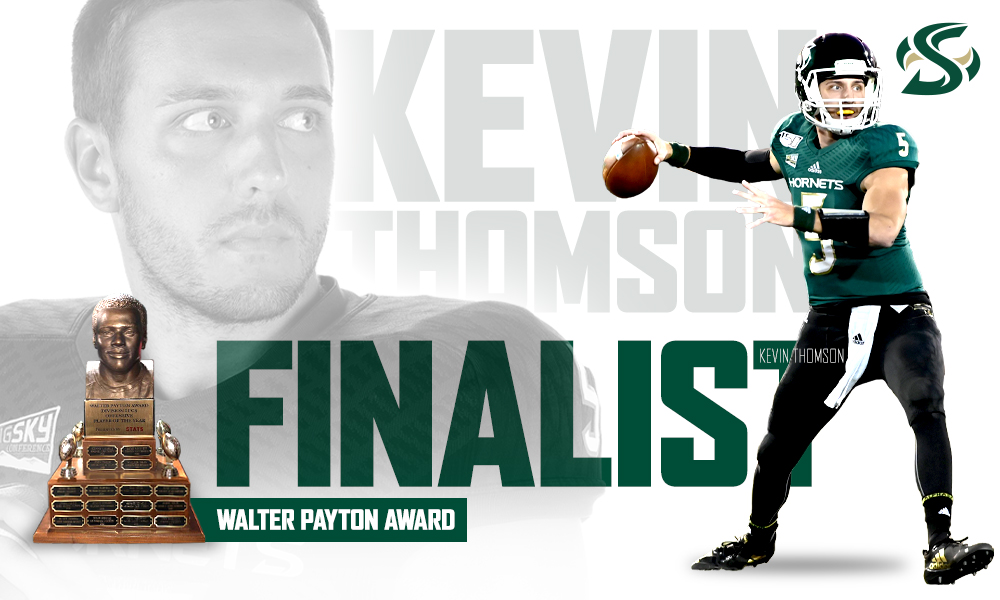 On a side note, at the beginning, I was happy to see former DL Coach Bob Shook. He said the Big Cat was in attendance, but I didn't get to see him. I miss that staff very much. Overall, they made a guy who legitimately had no chance at seeing the field feel welcome....

Factors in last night's debacle from my vantage point about four rows back at the 50 yard line (thanks to Kadeezy): 1. Defense . The defense didn't show up, period. The DL couldn't stop a simple zone read, something they've handled rather easily all season. The LBers were not scraping into the gaps....

OK. It's time for me to get off this computer and go feed the cats. Rest assured that short of the Rapture or an auto accident, I WILL be there, thanks to Kadeezy. I thank ALL of you for your encouragement in getting to this incredible, historic game. I sent Kadeezy my phone number. Hit him up so we...

We know most of this, but the news here is that the honorary captain is Zach Nash (2007-2011). The DO mention the ban on umbrellas, which I figured on anyway. I wasn't thrilled with the possibility of blocking someone's view. The only other option would be to sit in the top row, and that ain't happe...

by Super Hornet
Fri Dec 06, 2019 4:12 pm
Forum: Hornet Football and the FCS
Topic: Troy Taylor on other college jobs: ‘I have no intention of being anywhere but here’
Replies: 1
Views: 788

Re: Troy Taylor on other college jobs: ‘I have no intention of being anywhere but here’

SH, you can have the digital ticket emailed to you for print out. Or you can have your ticket left in will call for pickup on game day. The rain pretty much ensures that this game won't exceed 6k in attendance, so there will be plenty to buy at the ticket booth at the stadium on gameday. I'd recomm...

I have four tickets, but may only use two. Would someone be interested if my buddies back out? Can email the tickets friday (should know by then). I was about to call the school for guidance on the online ticket ordering system. Specifically, does it require a smart phone to "show" the ti...

Re: North Dakota at Nicholls State

It's over. Nicholls wins 24-6. Two plays at the end just said it all. On third down, a Sioux receiver made the Pop Warner mistake of trying to run with the ball before he'd finished the catch. Then on fourth down, Ketteringham couldn't make the connection, and then it was all over except for Nicholl...

Re: North Dakota at Nicholls State

Looks like Ketteringham bailed too soon. He's getting his shell kicked right now.

Nicholls leading 17-6 with about 7 min left in the game.

Austin Peay is up 7-3 with about 10:29 left in the second quarter, with a long weather delay. I'm surprised that 11-1 Central Connecticut State isn't putting up more of a fight. They're down 28-7 to Albany in the third quarter. Monmouth is running it up on Holy Cross as expected, 37-19 in the fourth...

For those who have been to games in the last year or so:

Is the West Side still the Home Side? I have to know so I don't end up on Furman's sideline. That would be bad....
Search found 2575 matches

Return to the advanced search

Copyright © Missoula Media
BigSkyFans.com is not affiliated with the Big Sky Conference
Brought to you by: Backyard Tap House | Florence, MT Restaurant & Bar
Powered by phpBB™ • Design by PlanetStyles